I have lived in Suffolk, one of the counties of East Anglia, for over 30 years and love its wide horizons, cloudscapes and the way those who garden in this region create such interesting plots of varying shapes and sizes. I visited many of them during their charity openings, or was sent on commission to write about them for magazines. As my garden friendships developed I realised that these wonderful places needed to be better known. I was determined to collect as many as possible and find a way of publishing their stories.

In about 2009 I asked garden photographer Marcus Harpur, who lived nearby, if he would like to work with me on this idea. Together we knew so many gardens and gardeners and our knowledge pooled would be a great asset. He and I knew the area so well and we loved talking about gardens and the gardeners we met, many of whom have become close and dear friends. I was delighted when he agreed!

We drew up lists of the gardens we each thought would be the ones to include and each of lists were long, but fortunately there was a core of gardens that we both felt were essential to include. We also knew that until we had a publisher we would continue to add to and possibly subtract from the ‘master’ list.

I wrote several synopses and content plans and we presented the idea to a succession of publishers and received a refusal and a ‘maybe’, which then turned into more discussion but no contract arrived.

We both went about our usual work, in my case editing magazines and writing about gardens. Marcus continued with his commissioned work but kept on photographing gardens ‘for the book’. Every few months we would put together another list of ‘must be in the book’ gardens. We continued to refine the list… and it always got longer and longer!

Some of you may know where our ‘secret gardens’ are… but until you actually experience a garden I maintain it is locked down, a secret place awaiting your arrival. East Anglia is one of the less well-known regions in the UK, so it is all there for you: you just need to visit! 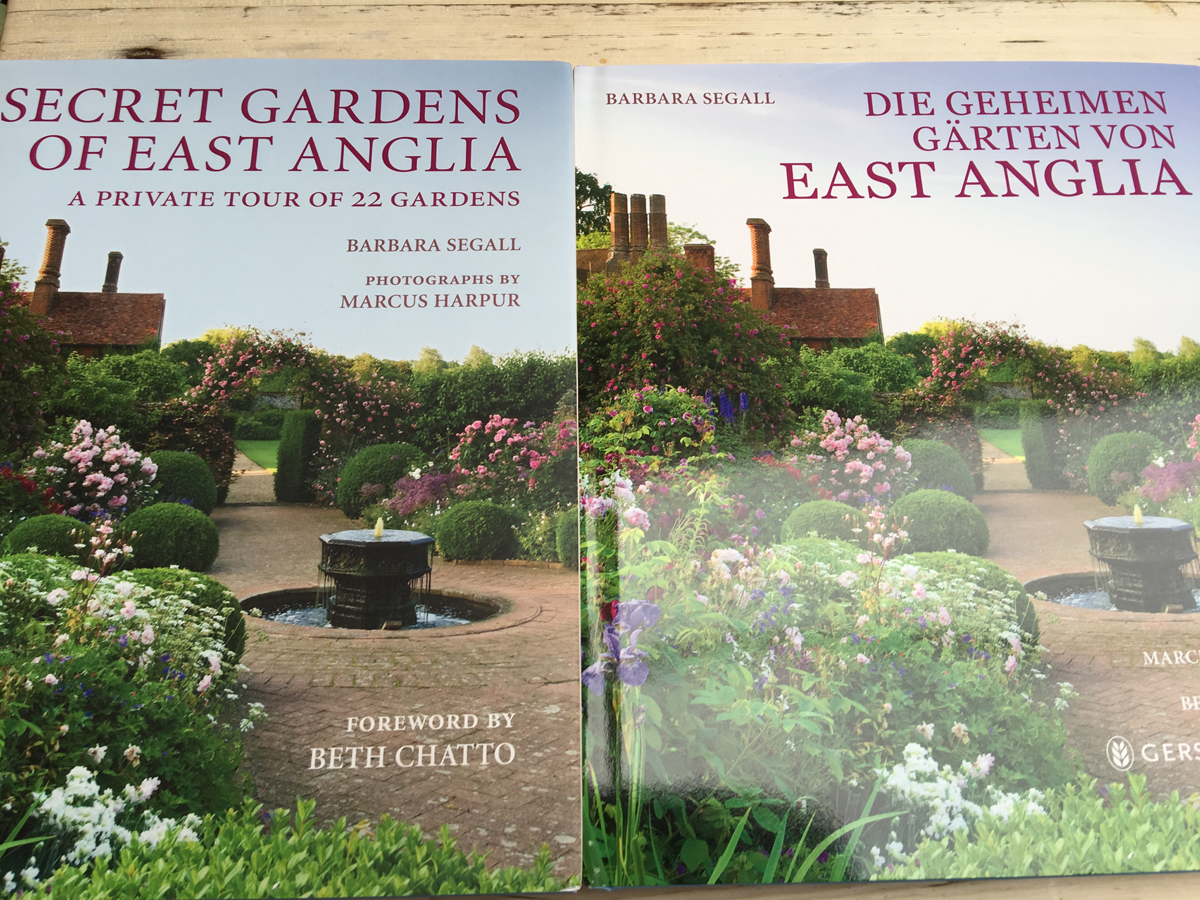 The slightly different covers of the German and English versions of the book.

Eventually when the publisher set the limit on the number of gardens (20, but we managed to add two more!) we had to be selective and that was extremely hard. We went for a mix of gardens that show the diversity there is in the region, the wonderfully down-to-earth, yet stylish – domestic and private garden – owned and created by no-nonsense gardeners, whose flair shines through. Some gardens were ‘found’ by Marcus and some by me and some we discovered together on wonderful forays. 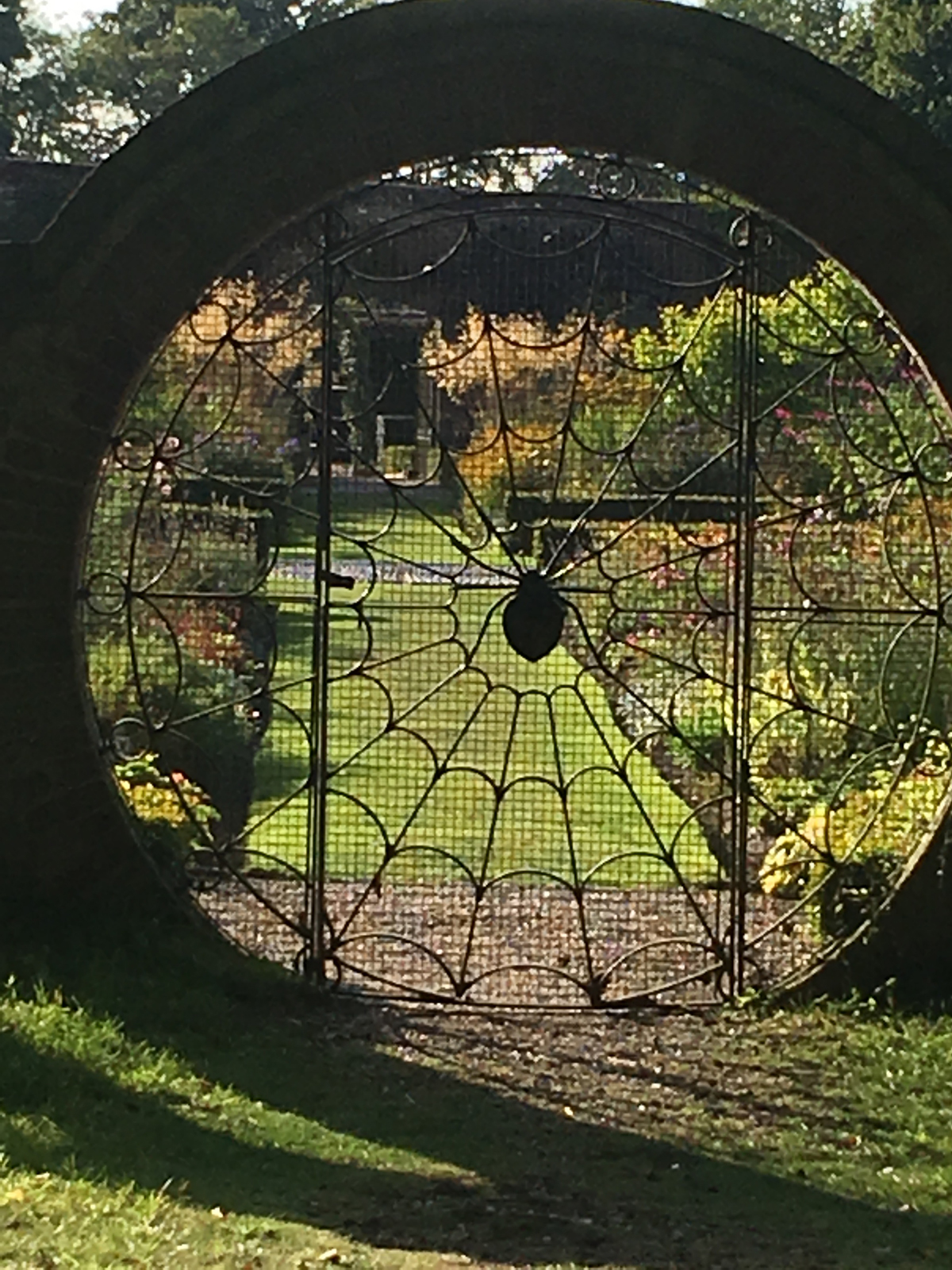 One of the gardens that Marcus ‘found’ was Hoveton Hall, Norfolk. I visited it recently and took this photo of the ‘Spider Gate’ into the walled garden.

In 2016 once we had our list sorted I set off on a marathon session over several months of travelling to all corners of East Anglia to meet the garden owners and ‘interview’ them and their gardens. In some cases Marcus needed some extra images for a different season and he also needed to provide portraits of the garden owners for each chapter.

In May 2016 Marcus was diagnosed with an inoperable cancer. His positive attitude to this news and getting the book finished were evident in everything that followed. In October he was interviewed by iPM presenter Eddie Mair (listen here).

Once he was having treatment it was great to be able to share the driving and join forces on photography and interview outings.

These are a few images of Marcus on shoots while I did my interviews or where I walked the garden, getting more of its feel. 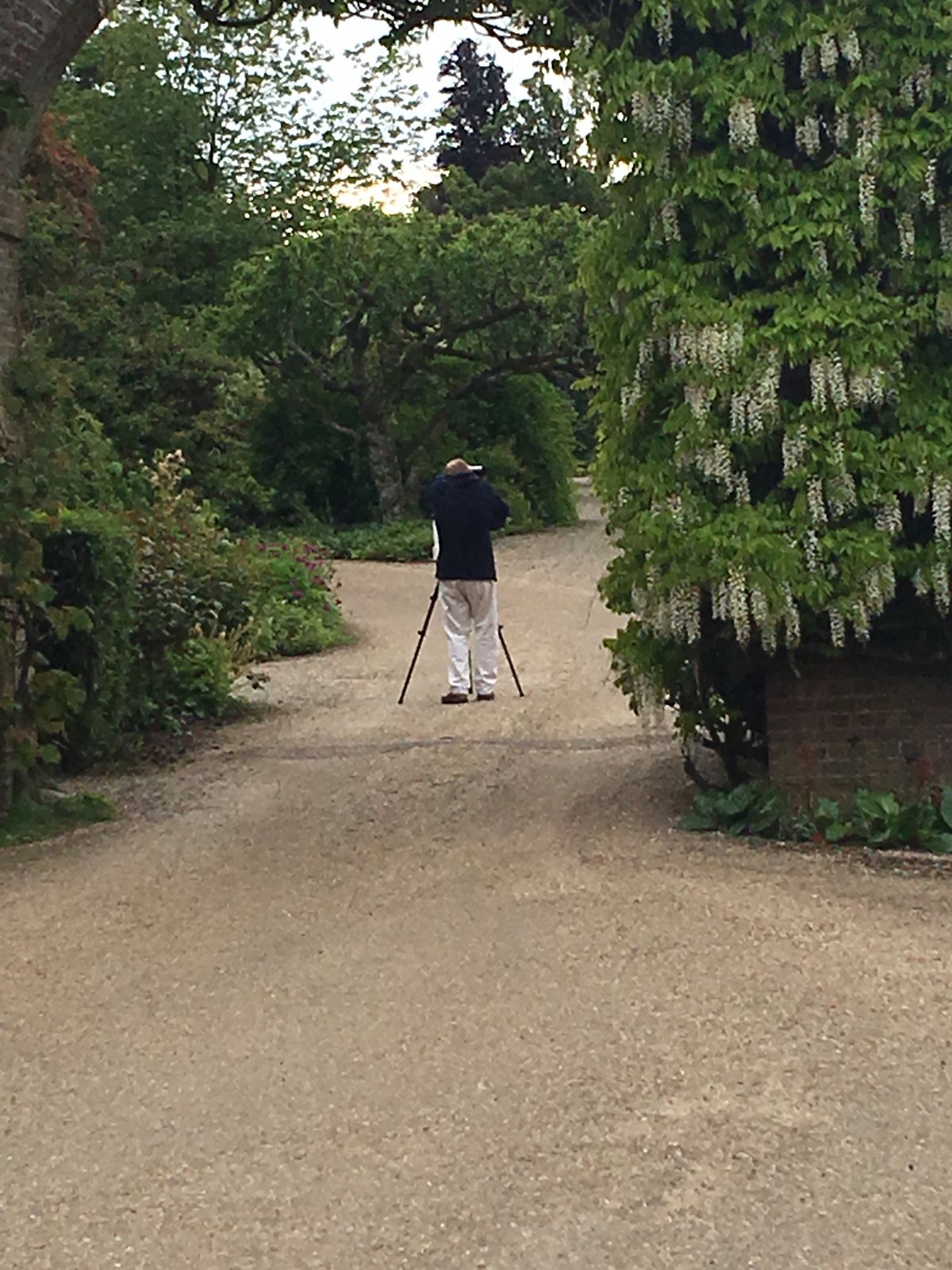 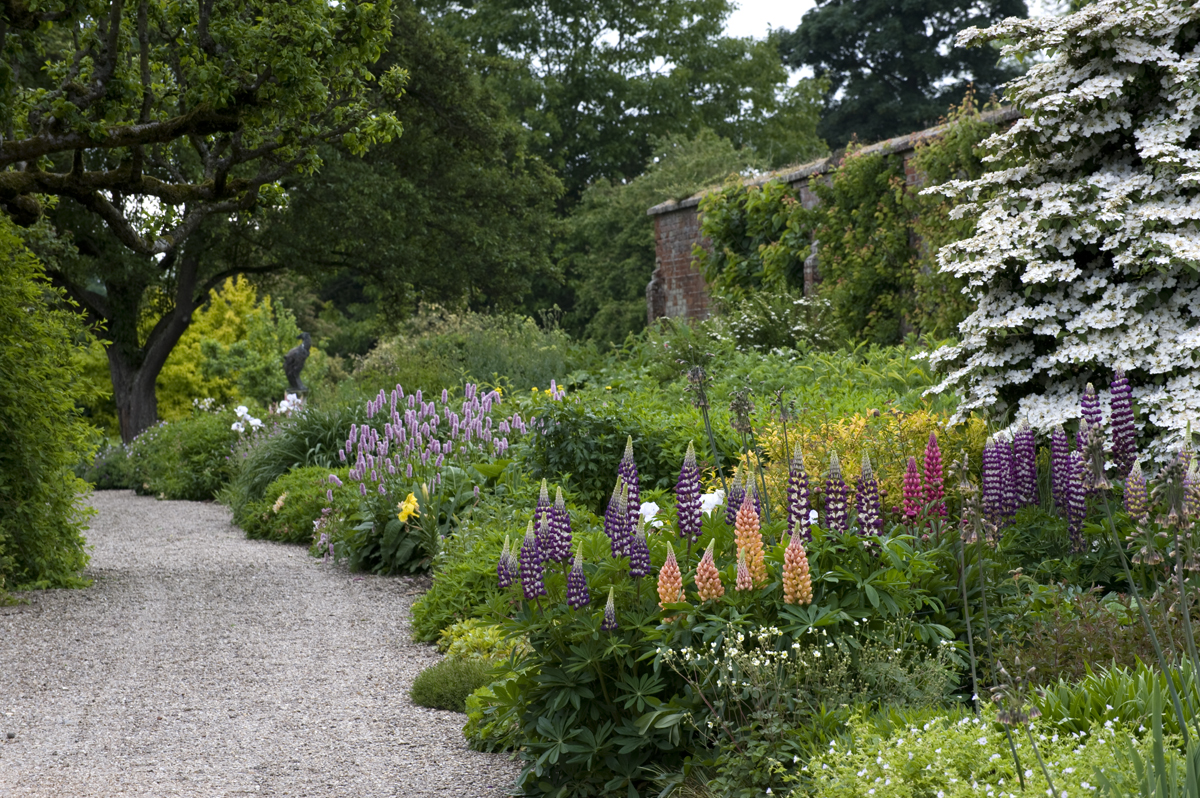 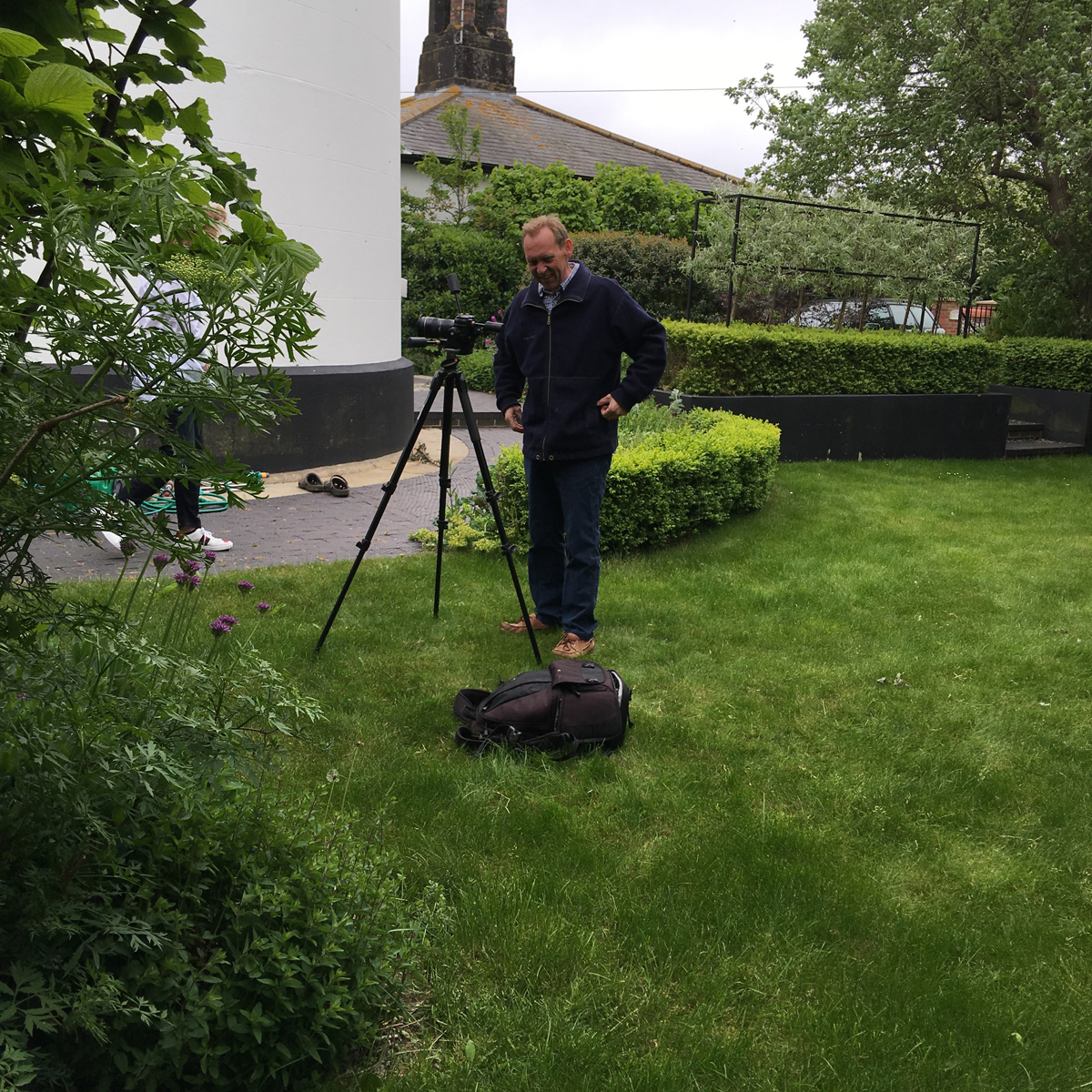 Getting set up for some images at Winterton Lighthouse in Norfolk, one of the smallest gardens in the book. Wrapped around the base of the lighthouse, its foliage-rich hues of grey and green, with the colour spots from mounds of perennial geraniums, made it seem even more like a tranquil haven above the sea.

As the year progressed the text began to build and many new images were added. Emails flew to and fro as we shared new images and chapters. Marcus always enjoyed reading the chapters, and was kind enough to say that he learned a great deal about each garden… that he didn’t know before. He was also a good critic!

We were fortunate to be near neighbours (it was easy to meet and talk over working suppers, lunches and the occasional glass of wine or a G&T!). It took a long time to get the book from an idea to reality, and we celebrated each milestone (contracts, text and image delivery, colour proofs etc) along the way with a lunch or a dinner out. It is a roll call of deliciousness: Ottolenghi in Spitalfields, London when we delivered the text and images; Loch Fyne when I interviewed the owners of Elton Hall, Cambridgeshire; Wyken Hall, Suffolk when I drove Marcus to an appointment to photograph the owners Kenneth and Carla Carlisle; and in December a ‘works (just he and me) Christmas lunch’ at The Crown, Stowupland, Suffolk). There were also many occasions when we just met to chat about this or that garden, or to plan future articles at my kitchen table. 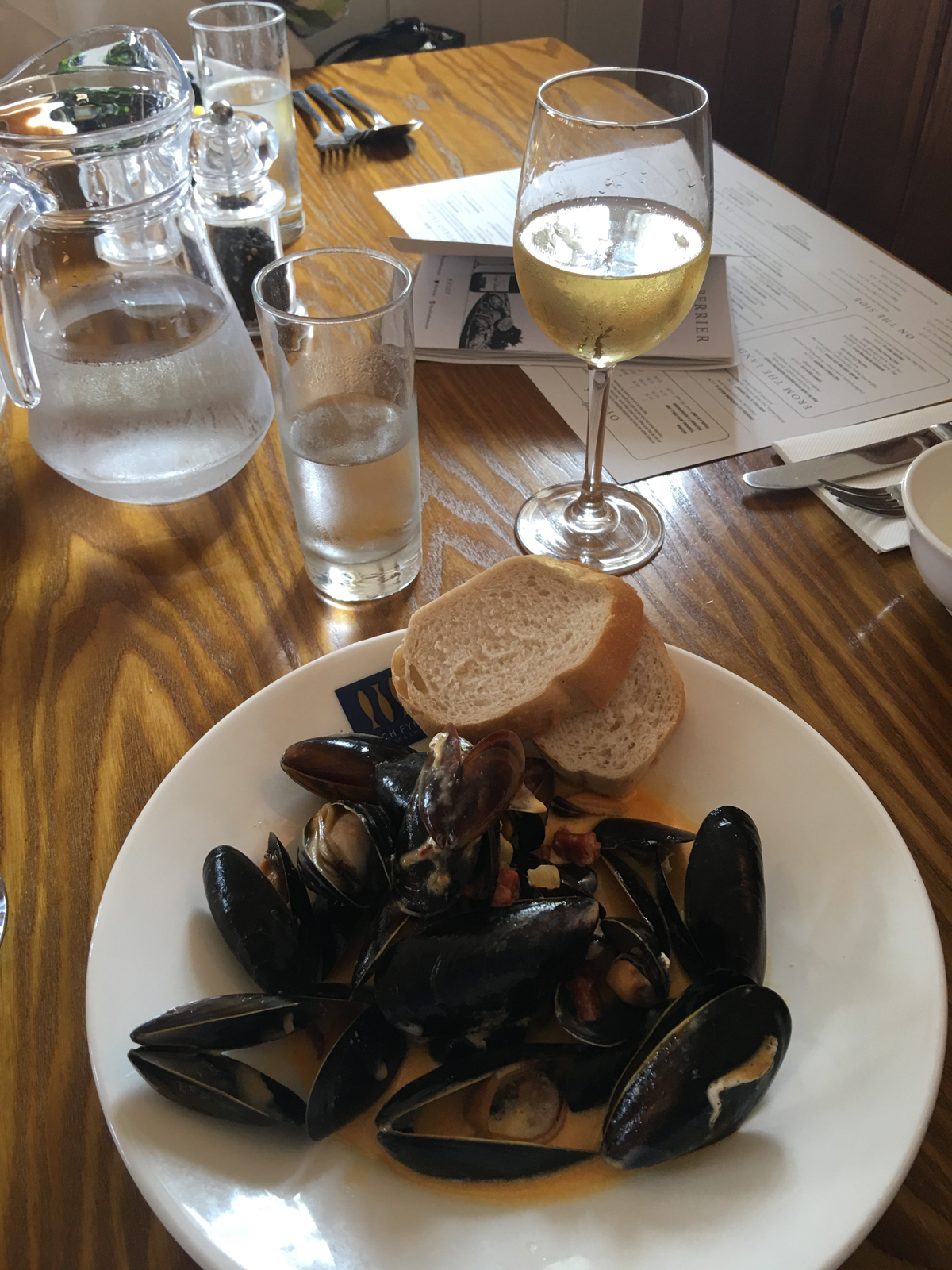 We took the opportunity to have a seafood celebration at Loch Fyne in Elton following a morning interview session for me with Meredyth Proby of Elton Hall, Cambridgeshire. 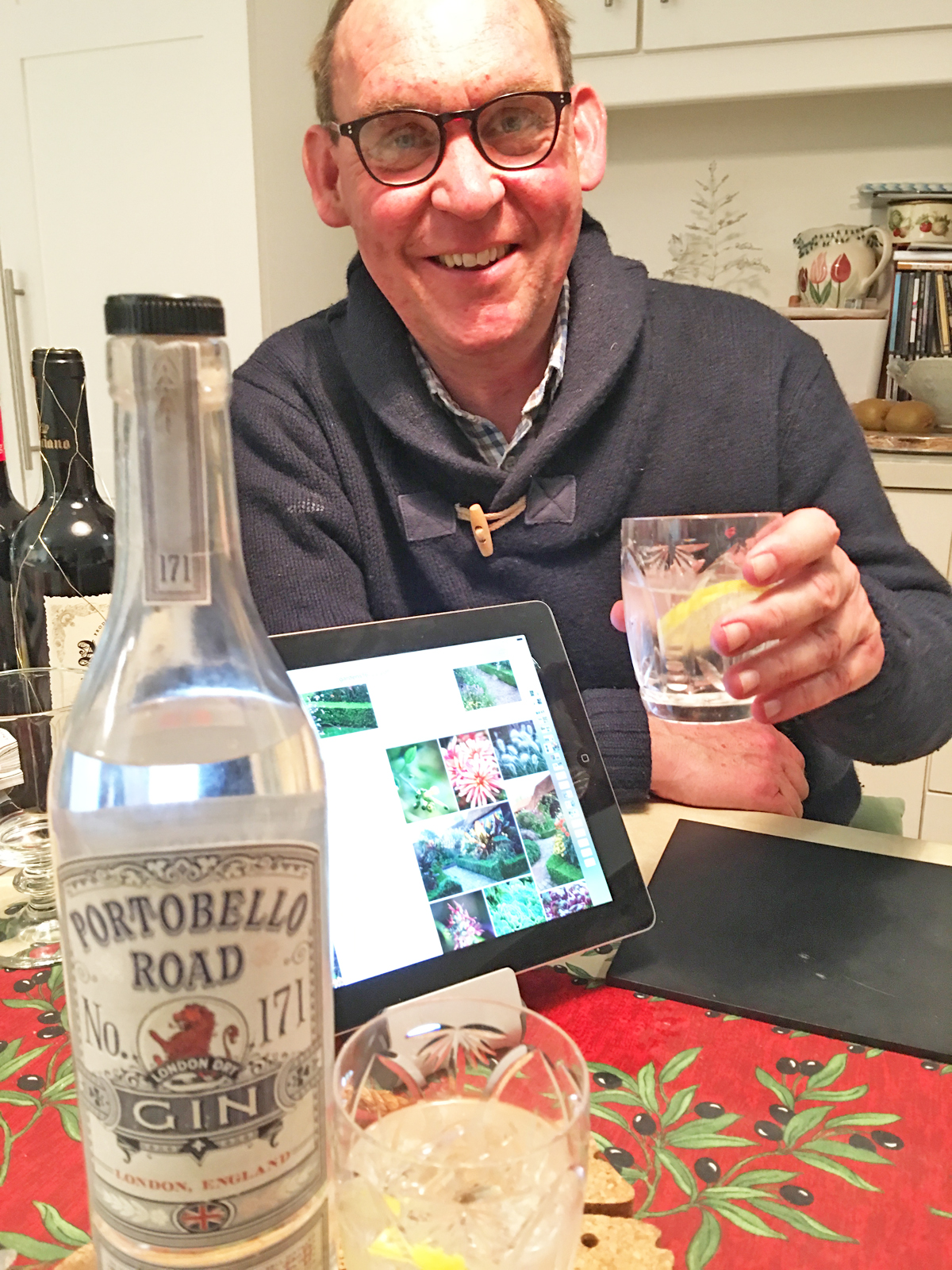 Gin and a colourproof in November 2016. The garden on the screen is Ulting Wick, a garden that delights in every season… and friendship with the garden owners is just one of the enduring pleasures that this book has given me.

Finally on 21 June we each had a preview copy and I took champagne and the makings of steak sandwiches up to his house. On his Facebook page that day Marcus noted: ‘It was great to see the first copy of our new book which has taken years to complete. Would have taken less time to make a Bond film, but the finished article is very satisfying. Very nice occasion made from scratch by Barbara who came with drinks and made lunch and a small celebration of a job well done.’ 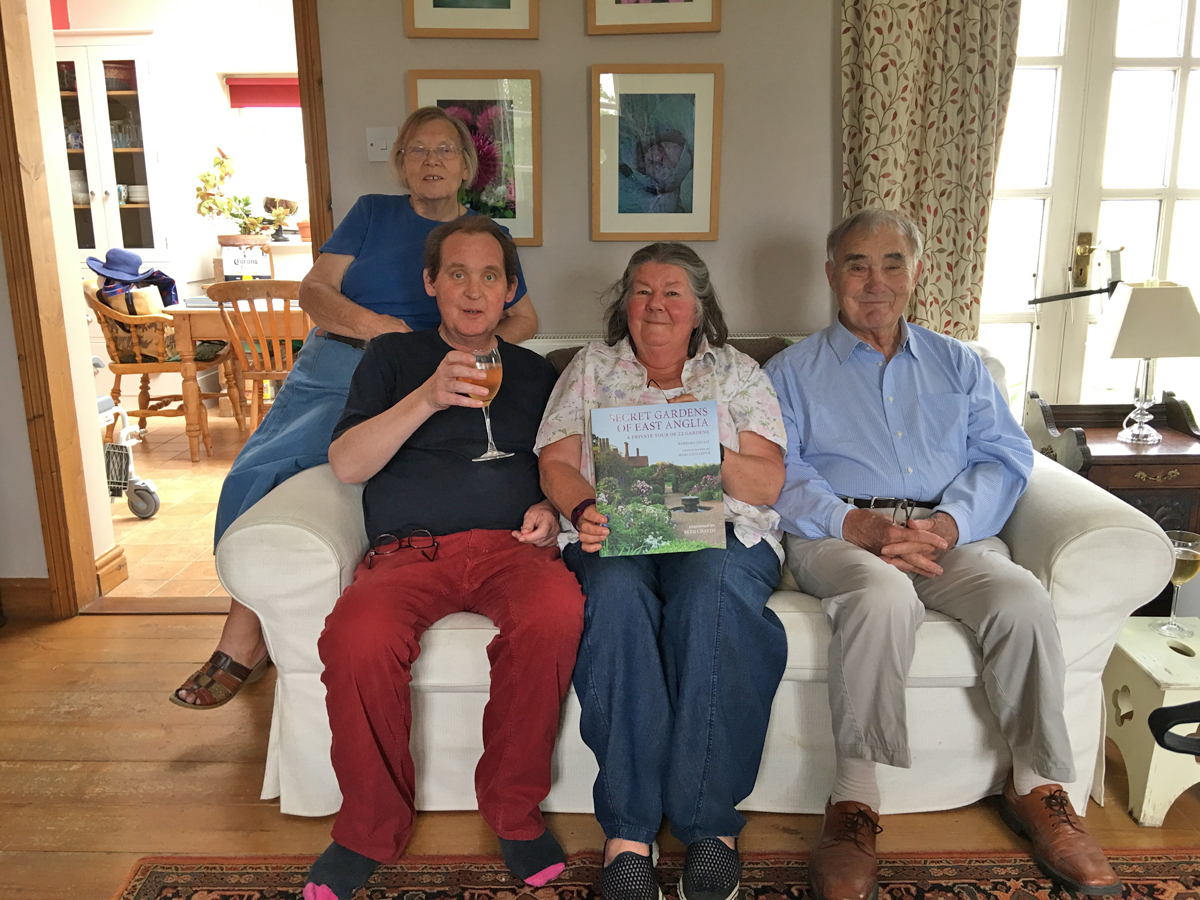 By happenstance Marcus’s parents Jerry (a pioneering garden photographer) and Marjorie Harpur arrived and were able to share that milestone with us.

In recent years Marcus had become a wonderful baker and produced mouth-wateringly delicious cakes for birthdays and also as gifts for many of the garden owners that he had forged strong friendships with. 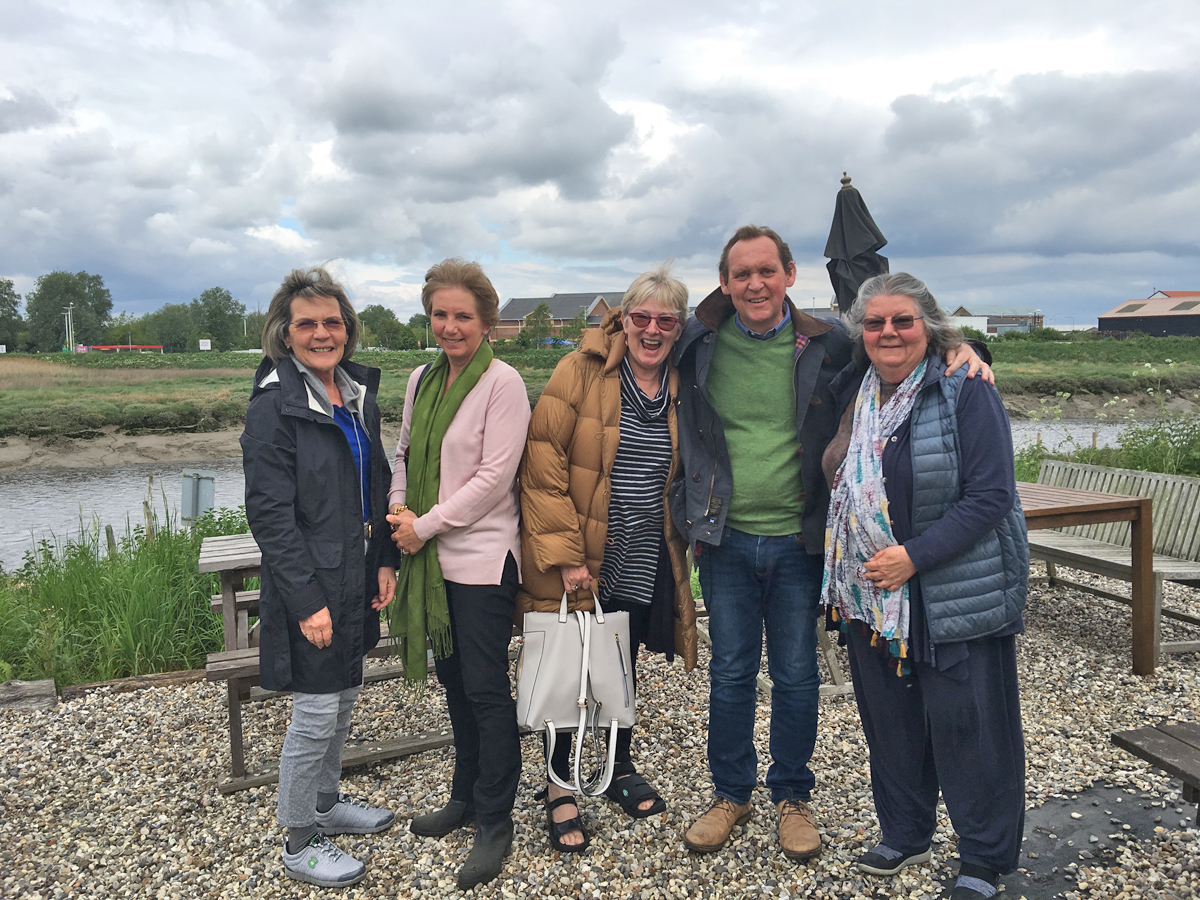 Lunch with good friends was on Marcus’s bucket list mentioned in the interview with Eddie Mair. And it was a lovely lunch in May 2017 at The Maldon Smokehouse with the garden owners of Tinkers Green Farm (Denny Swete), and Ulting Wick (Philippa Burrough) and writer Catherine Horwood-Barwise, Marcus and me. 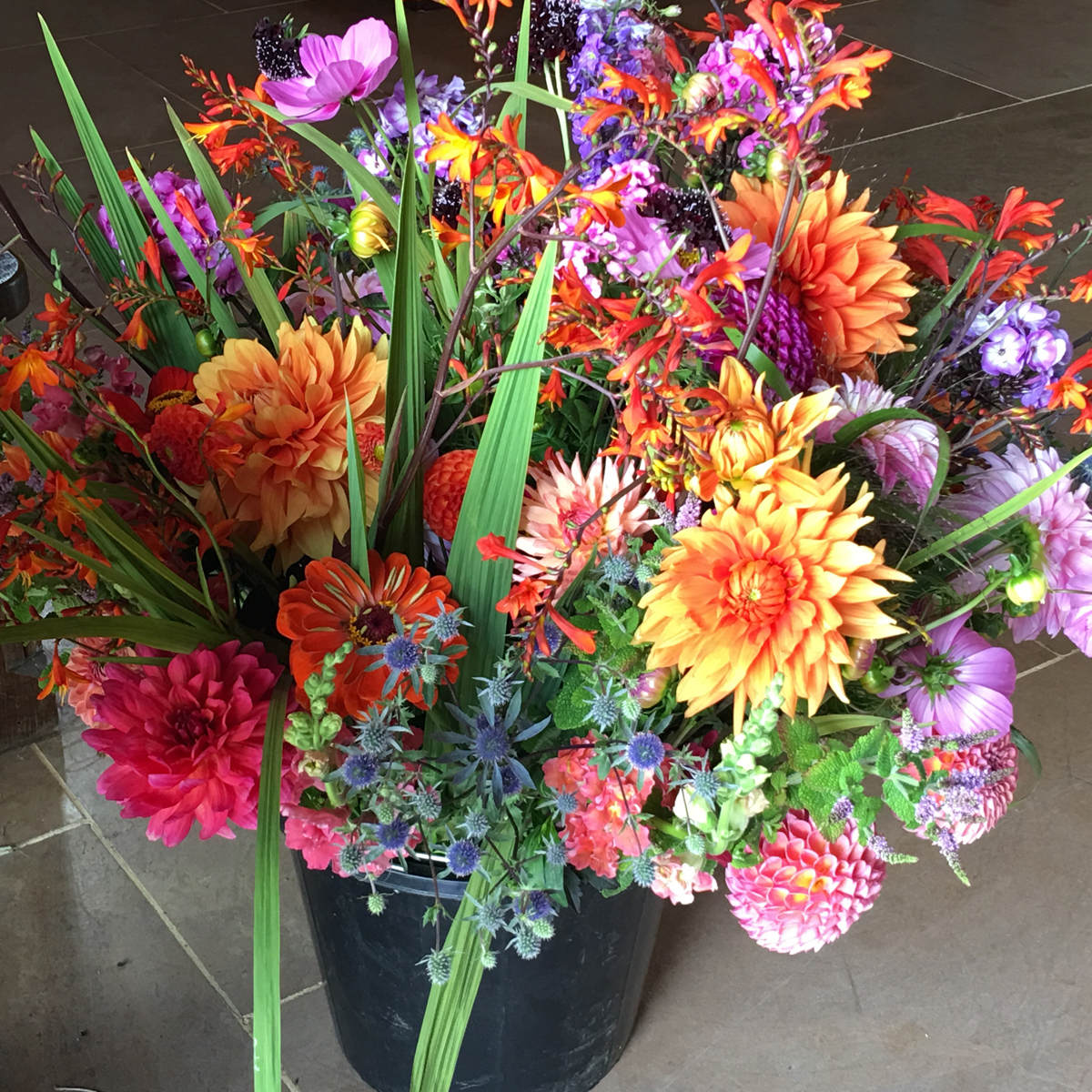 A bucket of wonderful seasonal flowers from a local grower, Suffolk Flower Farm, to brighten the afternoon tea party to launch the book with many of our garden owners and gardeners. 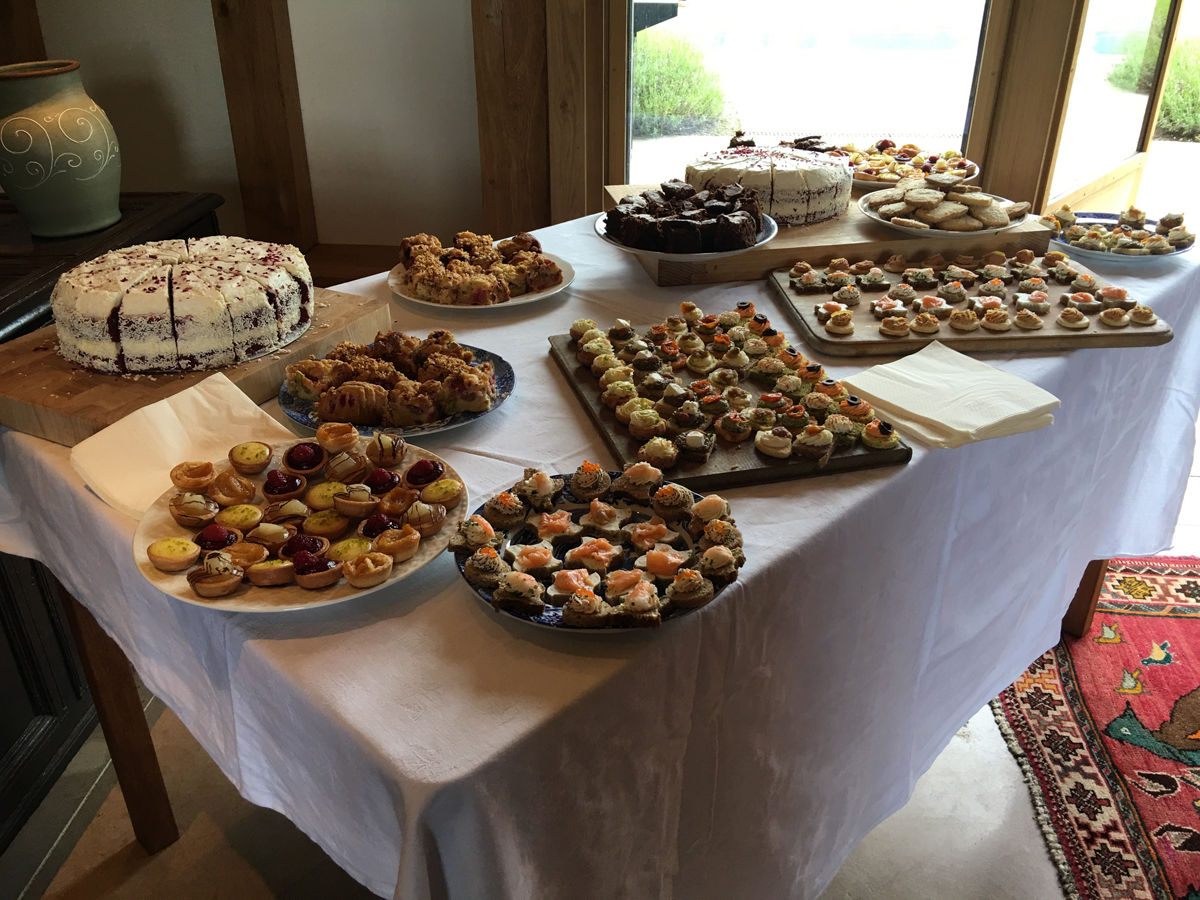 Cakes and canapés provided by Lucy Bartlett, owner of the garden at Polstead Mill, Essex. 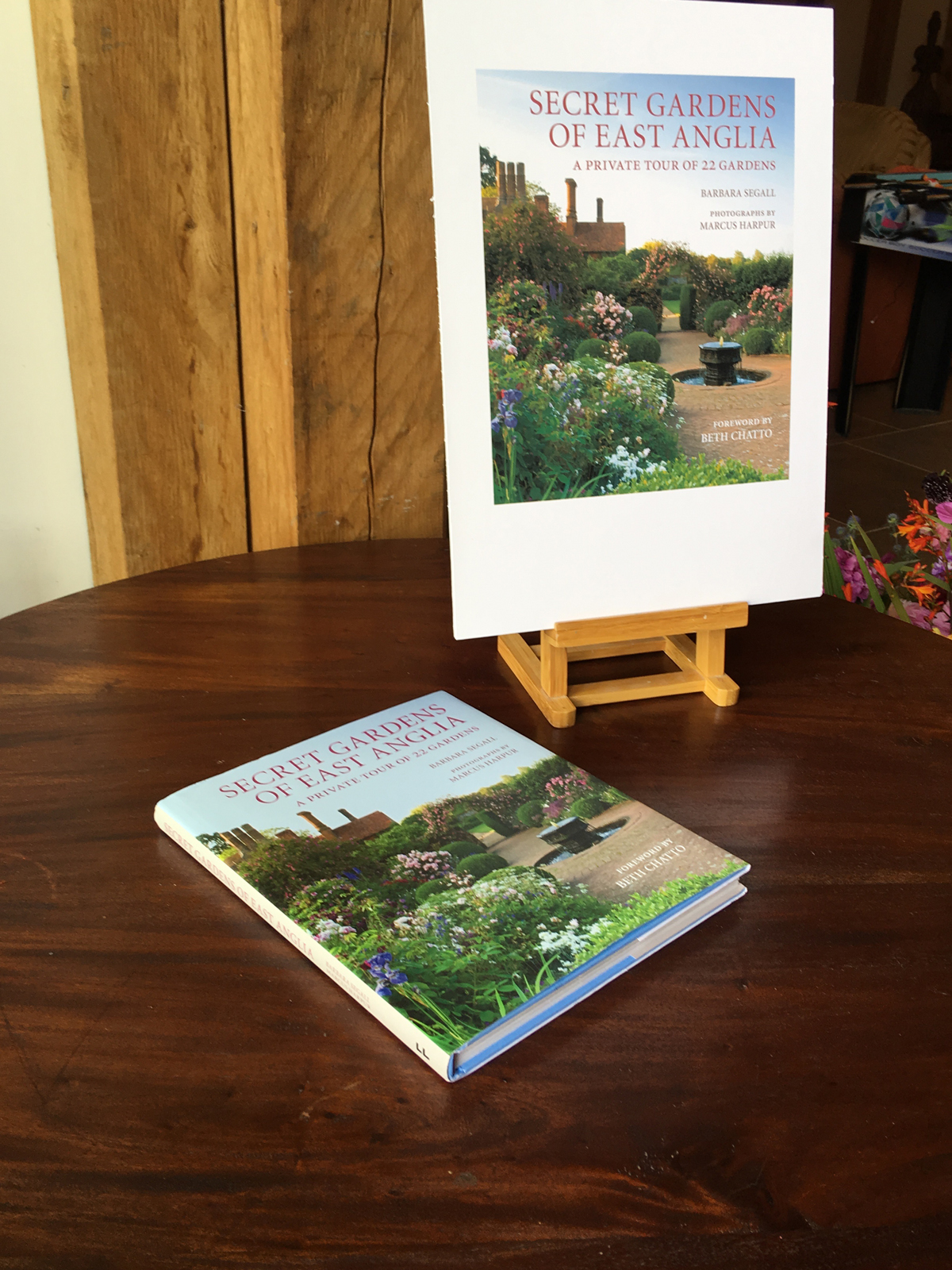 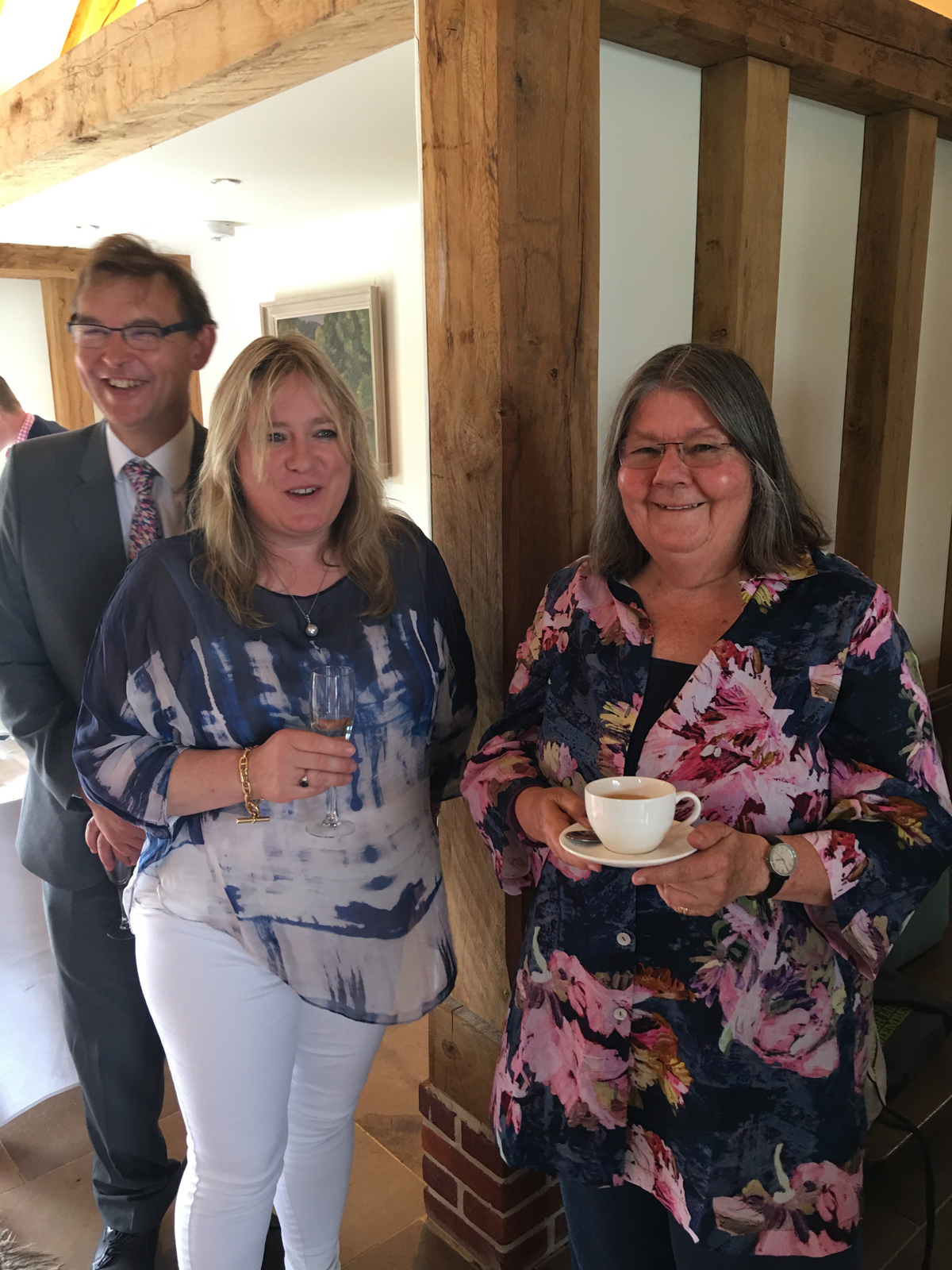 So it was natural that he and I planned to hold a tea party to thank the garden owners for their time and hospitality. It was arranged for 4 August, but on that day Marcus was admitted to St Nicholas Hospice in Bury St Edmunds. His brothers, their wives and some of his nieces and his own children, Connie, Millie and Rupert, and their mother Mary Giblin, were fantastic in their support for our afternoon tea. Marcus died on 6 August in the hospice with his wonderful family around him. On 28 August his family, friends, gardeners, garden photographers and garden writers in great numbers, celebrated his life at one of Suffolk’s small village churches, the Church of St George and St Gregory in Pentlow.

As Marcus said in the acknowledgements at the back of the book: ‘Photographing gardens is about being in the right place at the right time, but it is also about the good times involved in visiting many gardens and meeting the wonderful people who made them. Gardening is an act of generosity and hope, and so I thank all those owners who have given us hospitality and shared in that spirit.’

And I would add a similar thought about the generosity of time and the information shared in the telling of a garden’s story…and confirm that we certainly did have good times together as we brought these wonderful gardens onto the pages of Secret Gardens of East Anglia.

The book is receiving great reviews and it is a delight that Marcus Harpur’s work is being acclaimed. I so wish we were sharing the fun of this exciting launch time. 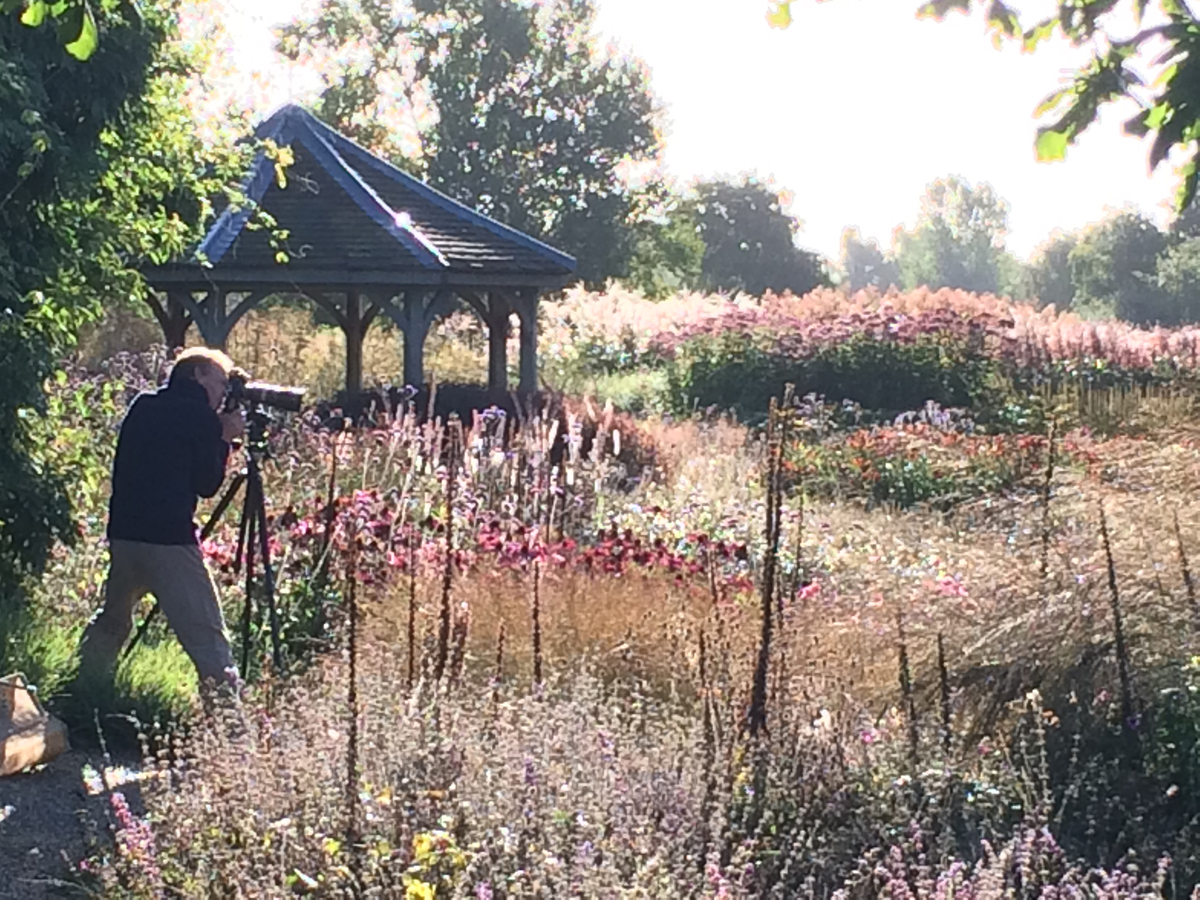 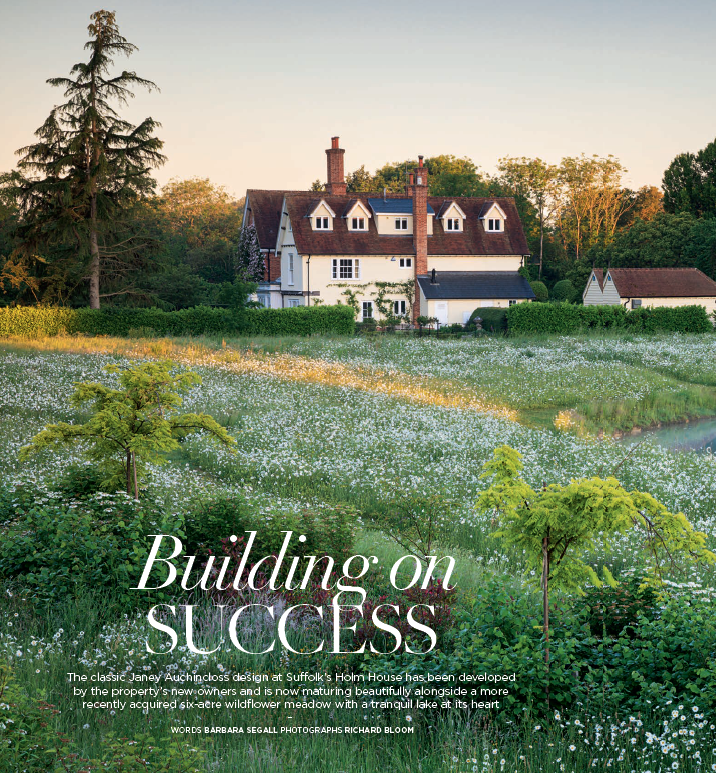